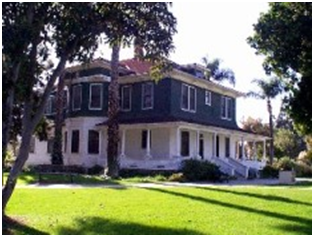 Our first pioneer was Daniel Kraemer, who purchased 3900 acres in 1865. Three years later, William McFadden and his wife, Sarah Jane, acquired 100 additional acres in the area. Many other settlers arrived in the following years. Residents built churches and schools as the community slowly developed.

The school district’s original name was the Cajon School District. In 1878, at the suggestion of Sarah Jane McFadden, the name was changed to the Placentia School District. Placentia is derived from a Latin word meaning “a pleasant place to live.” The city name came from that change.

Placentia was placed on the map in 1910 when A.S. Bradford persuaded the Santa Fe Railroad to re-route their track through this area, thus shortening the rail distance to Los Angeles. A station was built and packing houses were established for the town’s growing citrus industry. Mr. Bradford also laid out the main streets of the town and, in his honor, Bradford Avenue retains his name today.

Placentia’s climate and rich land attracted an ever-growing number of new residents. The area was well suited for raising citrus fruit, walnuts, avocados, and grapes. Placentia became the center of Valencia Orange Growing and Packing, and its 500 citizens voted to incorporate the City in 1926.

In 1960, Placentia’s population had reached only 5,000; however, a phenomenal growth period was just beginning. By 1970, the population had increased five-fold to nearly 25,000. Today, Placentia is still a fast-growing community with 45,000 residents, beautiful suburban homes, good schools, stately churches, and wholesome recreation.

We are not the only “Placentia” in the world. A check of the world atlas reveals a Placentia in Newfoundland. Placentia Point is a geographical feature on the coast of British Honduras. Hannibal, his army, and their warrior elephants camped in Placentia in Northern Italy before crossing the Alps.

WHERE DOES PLACENTIA CITY WATER COME FROM?

The water comes from both local and imported sources.  Local water comes from the District’s ten water wells.  These wells pump water from a large underground aquifer that underlies most of northern Orange County.  The District obtains approximately 70% of the water our customers need from the wells.

The District’s wells tap an underground aquifer that underlies most of northern Orange County. The aquifer is carefully managed by the Orange County Water District and is replenished by water from the Santa Ana River, local rainfall, and surplus water purchased from imported sources.

ARE THERE CONTAMINANTS IN PLACENTIA CITY WATER?

The sources of drinking water (both tap water and bottled water) include rivers, lakes, streams, ponds, reservoirs, springs and wells. As water travels over the surface of the land or through the layers of the ground it dissolves naturally-occurring minerals and, in some cases, radioactive material, and can pick up substances resulting from the presence of animal and human activity.

SHOULD I DRINK AND BATHE WITH PLACENTIA CITY WATER STRAIGHT FROM MY FAUCET?

The USEPA and the federal Centers for Disease Control guidelines on appropriate means to lessen the risk of infection by Cryptosporidium and other microbial contaminants are available from USEPA’s Safe Drinking Water Hotline at (800) 426-4791 between 10 a.m. and 4 p.m. Eastern Time (7 a.m. to 1 p.m. in California)- source: 2017Placentia consumer confidence report.

Install a high-efficiency toilet or clothes washer. A temporary rebate program is still available. Other rebates are also available for sprinklers and artificial turf. To learn more, visitwww.ocwatersmart.com.

PLACENTIA RESIDENTS should make sure that their plumbing systems are in good working order and are leak-free. This is important, not only for saving money on your water bill and limiting damages to property, but it is our responsibility to provide clean fresh water for future generations.

The District’s present sewer system now serves connections both inside and outside of its political boundary.

Within its political boundary, the District owns and maintains nearly 268 miles of various diameter sewer pipes and one sewer lift station. This area serves about 11,786 single-family, commercial, industrial and public school accounts, and 1,240 multiple dwelling units (condominiums, mobile homes, and apartments) for a total of about 13,206 services.

Outside of its political boundary, the District also owns and maintains approximately 18 miles of the sewer system in the “Locke Ranch” area. Here, there are about 1,565 single-family, commercial, industrial and public school sewer connections. These customers receive their water service from the Golden State Water Company and pay for sewer service on their property tax bills.

Call and ask about our Placentia residents specials